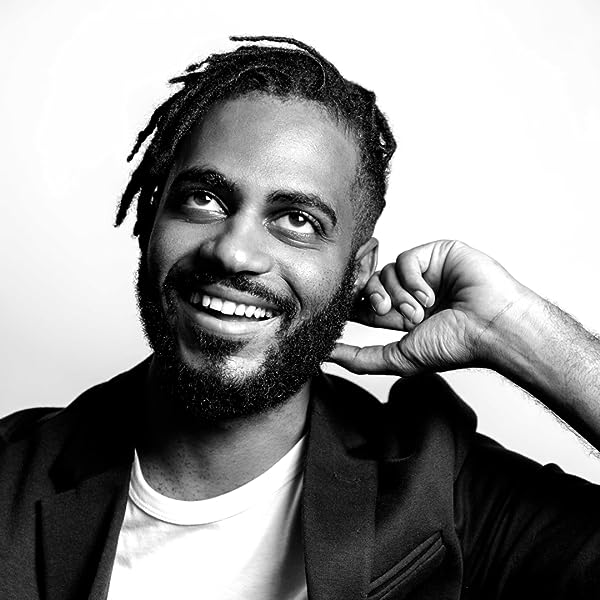 TJ Young has been surrounded by magic his entire life, yet he has never tapped into it… until now.

Fourteen-year-old TJ grew up normal in a secret community of gifted diviners in the heart of modern-day Los Angeles. His powerful sister was ordained to lead his people into a new age of prosperity, but her mysterious death in Nigeria threatens to destroy the very foundations of TJ’s world.

Desperate to pick up where his sister left off and uncover the secrets behind her questionable death, TJ commits himself to unlocking the magical heritage that has always eluded him. So he enrolls in Camp Olosa—a remedial magic school for the divinely less-than-gifted in the humid swamps of New Orleans.

But little does he know, TJ is destined to cross paths with powerful spirits of old thought lost to time: the Orishas.

Delve into this young adult fantasy based on the mythology of the West African gods, where TJ will encounter unlikely allies, tough-as-gatorhide instructors, and the ancient secrets of the Orishas.

Fran
5,0 de 5 estrellas An incredible story for all ages
Revisado en el Reino Unido 🇬🇧 el 5 de julio de 2021
Compra verificada
There's something about TJ's story that keeps me going back to read it, as well as the short stories connected to the universe. This is a coming of age mythology series I think everyone needs to read. If you enjoy Percy Jackson or Tristan Strong, you're going to love TJ Young more.

As someone who didn't know much of the Yoruba faith, or pickup basketball, I learnt a lot and experienced a world that feels real. The characters and their relationships are what kept me reading. TJ, Manny, Ayo, and even TJ's love for his sister Dayo, everything that happens feels earned and important.

If this isn't on your TBR yet, put it to the top.
Leer más
A una persona le ha parecido esto útil
Informar de un abuso
Traducir reseña a Español

Alina
5,0 de 5 estrellas A MUST READ FOR FANS OF HARRY POTTER AND PERCY JACKSON!!!
Revisado en India 🇮🇳 el 4 de septiembre de 2021
Compra verificada
Unable to manifest his Ashe like the rest of his family, TJ Young has spent his entire life being called a "Lucky charm" for those around him. That is until something odd happens at his sister's funeral that finally unlocks his power.

Now, TJ is accepted at Camp Olosa where he must learn to be a better diviner and find allies who can help him uncover the mystery behind his sister's death.

When I tell you this book is awesome, I mean it. Diving into West African mythology, this story is weaved to perfection by the rich culture, lovable and relatable characters along with a super engaging plot that'll leave you shook.

This story has it all.
Leer más
Informar de un abuso
Traducir reseña a Español

Jashana
5,0 de 5 estrellas Surprised Me!
Revisado en los Estados Unidos 🇺🇸 el 12 de junio de 2021
Compra verificada
Characters: TJ was such a fun main character. He was well-rounded and just trying to figure himself out and I thought he was a sweet kid. The side characters were also fun and dynamic and I enjoyed getting to know all of them and see their growth.

World Building: it's our world, but with secret magic. I liked how it all worked together and learning about the different cultures' magical histories and practices a bit. We obviously follow diviner aka: Orisha magic more heavily, and that was fun to learn more about as well.

Writing Style/Authorial Voice: considering I haven't been connecting with young adult recently, and I rarely ever connect with new middle grade, and I REALLY enjoyed this... I'd say that I enjoyed the writing style!

Plot/Pacing: great pacing - very quick and attention-keeping. The plot made sense to me and there were various things happening but not so much that it became confusing (nor would likely be too confusing for a kid).

Themes: friendship - standing up for yourself and others - finding out who you truly are - being brave and making sacrifices in order to save others

Good Time?: a very good time! I was expecting to find the writing high quality and all of that, as I'm familiar with Antoine Bandele's work, but I was a bit nervous that I wouldn't looooove it since it's YA... but I was very pleasantly surprised with how much fun I had reading this and how much I enjoyed my time with it. Will continue the series with enthusiasm, for sure!
Leer más
A 6 personas les ha parecido esto útil
Informar de un abuso
Traducir reseña a Español

Jennifer C.
5,0 de 5 estrellas So good you'll want to read the sequel immediately upon finishing this book
Revisado en los Estados Unidos 🇺🇸 el 4 de noviembre de 2022
Compra verificada
TJ is the middle child in a family of diviners. His older sister is powerful and considered a chosen one, and his younger brother is quickly picking up the early basics. But TJ can't do anything. Every time he tries a spell, even the simplest ones, he fails. He has no magic in him, but he's okay with that - even if no one else in his family (largely his mother) can accept that. The one thing TJ has going for him is his nickname - Lucky Charm - though he dislikes it.

But TJ and his family suddenly receive word of his older sister's death, under mysterious circumstances, and TJ is determined to find out what happened. After something odd happens concerning his sister's staff at the funeral, something has changed in TJ. He was able to complete a spell, though his success is intermittent at best. To help TJ catch up, and possibly earn a position in the prestigious diviner school that his sister attended, TJ is enrolled in a summer camp near New Orleans.

While there, TJ will learn about himself, his sister, and the Orishas that have not been seen for generations.

First, I have to say that I am absolutely grateful for listening to the audiobook. Though the author included a pronunciation guide for the ebook to help with the names, there are still sections of the Yoruba language that I know I would have butchered in my head if I'd tried to read it. Listening to it provided an authenticity that I really liked.

As for the story, I loved it. Rather than the typical trope of the main character being the chosen one, TJ is the antithesis of that. He can't do magic, and he is largely okay with that. He knows his limitations, and that's nice to see. Indeed, one of the characters who is really good with the magic - and has the ego to go along with it - is actually rather annoying in the beginning. TJ might want to get into the same school his sister attended, but he accepts that he is just not talented enough, and that isn't something we see very often in these types of stories.

And yet, when TJ's circumstances change somewhat, he still struggles with seeing his own self-worth. Seeing him learn to use his particular type of magic, learn what makes him unique, is a great part of this story. Intertwined with that is the development of his friendships, which I thought were very realistic. Even the one character that I found really annoying in the beginning ended up earning my grudging respect by the end. I don't know that I can say I like him yet, but he might by the end of the next book - which I absolutely intend to read (well, listen to if I can get a copy of the audiobook).

I also really enjoyed the worldbuilding of this book. The introduction of magic and gods that aren't European is great to see, and I love that more books with African lore are being published. The magics in this book, as well as the troubles of the magic world - like the Keepers - were so interesting, and I found myself wishing I wasn't just some clouded non-magic user.

In addition, the writing style of the author was very engaging, making it really easy to connect with the characters and want to keep reading. If I could have, I would have listened to the book in a single sitting. Unfortunately, one must sleep at some point, so that wasn't possible. As it was, I did finish it in two listening sessions, and I already want to start the next book of the series.

I mentioned listening to the audiobook at the beginning of this review, and I absolutely recommend listening to this book if you listen to audiobooks. Narrated by Nekia Renee Martin, it is a wonderful listen. Martin's narration pulls you right into the story, and her speaking the Yoruba language when it was used and using the Nigerian accents of the various characters elevated the experience above what I would have had if I had read the book myself.
Leer más
Informar de un abuso
Traducir reseña a Español

Kennedy LeFave
4,0 de 5 estrellas X-MEN meets African mythology
Revisado en los Estados Unidos 🇺🇸 el 29 de noviembre de 2022
Compra verificada
This book was absolutely fantastic, I very much enjoyed our main protagonist TJ (Tomori Jomiloju). His personality, the way he projects confidence and at the same time he's very much an introvert and I immediately could relate with that.

The story may have started with some tragical elements with the death of his oldest sister Dayo, but we immediately are introduced to a fantastical hidden world of magic, Keepers and Diviners. Hidden among us in plain sight fighting against the forces of evil.

TJ soon finds out he's family is gifted and so was his sister, after discovering he's new found powers, he must find the courage and inner strength he never knew he had, so he enrolls in a camp for gifted diviners. The family oriented theme was refreshing and exciting. I've never read a book with African mythology and I am definitely will be picking up the second book.
Leer más
Informar de un abuso
Traducir reseña a Español
Ver todas las reseñas