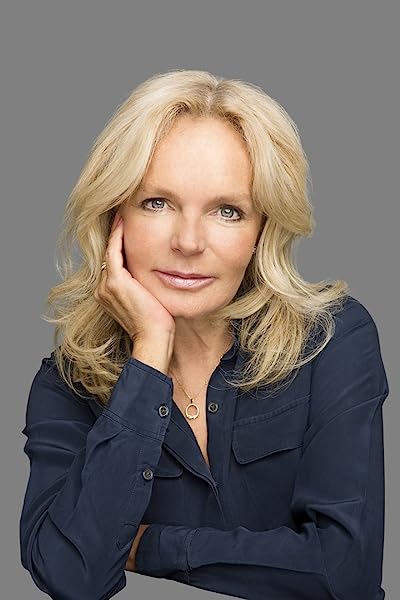 Edición en Inglés de Lucinda Riley (Autor), Eva Alexander (Lector)
4,5 de 5 estrellas 5.531 valoraciones
Ver todos los formatos y ediciones
Sorry, there was a problem loading this page. Try again.
Rosanna Menici is just a girl when she meets Roberto Rossini, the man who will change her life. In the years to come, their destinies are bound together by their extraordinary talents as opera singers and by their enduring but obsessive love for each other - a love that will ultimately affect the lives of those closest to them. For, as Rosanna slowly discovers, their unison is haunted by irreversible events from the past...
This recording is unabridged. Typically abridged audiobooks are not more than 60% of the author's work and as low as 30% with characters and plotlines removed.
Leer más
Previous page
Next page

di
5,0 de 5 estrellas Once again Lucinda Riley has excelled!
Revisado en España 🇪🇸 el 3 de mayo de 2022
Compra verificada
So sad to know that Lucinda Riley is no longer with us. We're going to miss her. She was the best writer ever. 😢
Leer más
Útil
Informar de un abuso
Traducir reseña a Español

Mave
5,0 de 5 estrellas The Italian Girl
Revisado en España 🇪🇸 el 15 de mayo de 2016
Compra verificada
I have only just discovered Lucinda Riley and I have to say she is one of the most intriguing writers that I have read for a very long time. I shall be sad when I have read them all.
Leer más
Útil
Informar de un abuso
Traducir reseña a Español

little bookworm
4,0 de 5 estrellas Escapist romantic drama
Revisado en el Reino Unido 🇬🇧 el 30 de julio de 2014
Compra verificada
Rosanna Menici is eleven years old when she meets rising opera singer Roberto Rossini; an encounter that will shape the future course of her life, as hearing her startlingly beautiful voice he encourages her to take singing lessons, and which later that evening prompts her to write in her diary that she will one day marry him. With the support of her brother Luca, Rosanna embarks on a journey that will take her away from her small life in Naples and grace the stages of the most famous opera houses in the world. It is a journey that will also see her cross paths with Roberto Rossini again; an intense and burning love striking up between them. Yet it is a love that is haunted by secrets from the past, not to mention threatened by its very own all consuming nature; a love that she can neither live with nor without.

I was interested to note that The Italian Girl was actually revised by Lucinda Riley, having initially been published under her previous pen name, and certainly it's style differs from her more recent 4 books. It is a much simpler story and told in a more straightforward way, without her usual dual time frame narrative, though she does still employ a framing device. Yet despite the fact that in some ways the novel was less ambitious in scope and format, I actually enjoyed it more than any of her other novels.

The story felt authentic, the characters well formed and overall more rounded and likable than in her more recent novels, even when their behaviour fell short. Furthermore, the central relationship was I felt more compelling than in any of her other books. At times it was perhaps over-sentimentalised, yet this grand passion with its tempestuous twists and turns suited the tone of the story against its operatic backdrop. Not only it was just the central relationship and characters that were well portrayed, but the peripheral characters too; and I absolutely loved Rosanna's brother Luca and thought his side story was interesting in its own right and a good contrast to Rosanna and Roberto's more dramatic story. Roberto I thought was particularly well portrayed; this great maestro in the opera world who despite being self-absorbed, prone to tantrums and with a penchance for drama, is still sympathetic even when his actions are abhorrent.

Not a difficult read, but an absorbing one for its rendition of a love both powerful yet destructive, that reads almost as if it is being played from the stage of an opera itself.
Leer más
A 68 personas les ha parecido esto útil
Informar de un abuso
Traducir reseña a Español

sally whitfield
5,0 de 5 estrellas Magnifico
Revisado en el Reino Unido 🇬🇧 el 14 de diciembre de 2018
Compra verificada
Wonderful, brilliant sweeping story. Apart from the seven sisters I've read all Lucinda's books and this one is up there with hothouse flower and midnight rose. I really loathed Roberto but the other characters have so much warmth. I've given 5* for all her books so far just get so much enjoyment out of her books. Highly recommended.
Leer más
A 12 personas les ha parecido esto útil
Informar de un abuso
Traducir reseña a Español

Brenda Shelbourne
5,0 de 5 estrellas Emotionally beautiful story of romance and lies !
Revisado en el Reino Unido 🇬🇧 el 28 de agosto de 2022
Compra verificada
Well what can I say. I have had this book sitting on my bookshelf for two year's or more and kept meaning to read,then realised I also had it here on my kindle,and i am so glad I did. It was a perfect summer read and one that drew me tears,the first time that Rosanna sang to her father and again,when Luca meets his beautiful baby girl,and finally when Roberto and Rosanna say goodbye to their love for the final time.

It was such an emotional story and one that was written so beautifully,with the web of lies unfolding page by page speaking the truth at the end and showing that such a powerful love never died even with all the curves and disasters that challenged them,and that beautiful voice was once again able to fill the opera house and send shivers down the spines of those who had waited year's to enjoy.

That voice,that talent ,that beauty to live in hearts forever

Such a beautiful romance,and one not to miss,which tells what feels like a million stories.
One I will never forget!
Leer más
Informar de un abuso
Traducir reseña a Español

BrendaReads
5,0 de 5 estrellas An outstanding read
Revisado en el Reino Unido 🇬🇧 el 6 de agosto de 2020
Compra verificada
This book held my attention from start to finish.
I loved it.
The characters were beautifully portrayed and the story line fascinating, with ups and downs and intrigues, as well as descriptive narratives of the locations along the way.
I very much enjoyed getting insights into the life of an opera singer and felt the author had done thorough and effective research before embarking on this truly delightful novel.
Leer más
A 2 personas les ha parecido esto útil
Informar de un abuso
Traducir reseña a Español

Kindle Customert
5,0 de 5 estrellas Great!
Revisado en el Reino Unido 🇬🇧 el 5 de agosto de 2020
Compra verificada
This was a joy to read. Very strong characters. Some parts are obvious, but then comes a twist that throws you. Roberto had to be Italian. He has typical traits. I have never known an opera singer but have known some Italians. They were dominant too! Will definitely read other books from Lucinder Riley. I was recommended to her writings by a friend. I would recommend to others.
Leer más
A 2 personas les ha parecido esto útil
Informar de un abuso
Traducir reseña a Español
Ver todas las reseñas