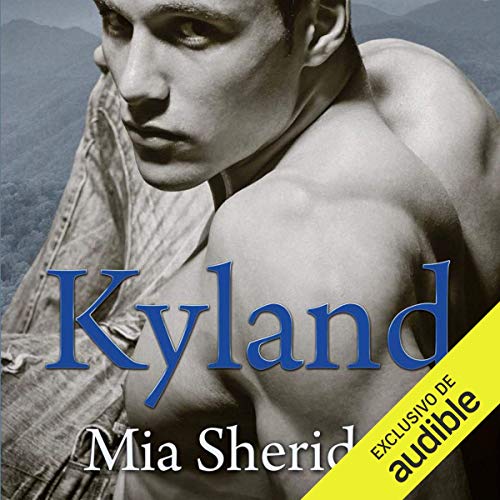 Trish K Taylor
5,0 de 5 estrellas Beautifully Heartbreaking. A true story of Love
Revisado en Reino Unido el 19 de junio de 2017
Compra verificada
What an absolute amazing way to pop my Mia cherry. I have no rational explanation as to why it has taken me so long to get any of her books, except a TBR list as long as my arm & a kindle stuffed to the brim of books I've bought but never seem to find the time to get too. Sooooo I'm just gonna put it out there - what in gods creation has kept me away for reals,,

Like omg I devoured this book in one mighty sitting, I cried, I laughed & I cried some more.. Amazingly good. Beautifully enthralling & stunningly powerful from start to finish, Kyland & Tenleigh have taken me one hell of an emotional journey & I know for a fact, I'll not come back quickly from it.

I adore 2nd Chance stories of love, laced with hope & fuelled by passion, what I wasn't expecting is the earth shattering, heart wrenching feeling of helplessness that I felt deep in my very soul as their story unfolded. Pain, loss, sorrow - it swallowed me whole, drowning me in the raw intensity of what this pair not only endured, but sacrificed & ultimately survived.

Selfless love at its best. The deepest, unending love I've ever read, The kind that tests the human spirit, but brings an utter feeling of peace & contentment knowing you have loved hard enough to change the worst of circumstances into best, because loving someone IS that easy.

Come the end my tears dried, my heart stuttered & my mind was lost to the feelings that this pair fuelled. I can't even put into words just how much Mia's words brought me to my knees, but I can say I am thankful for their story, their love & their hope,
Leer más
A 2 personas les ha parecido esto útil
Informar de un abuso
Traducir reseña a Español

Mel
5,0 de 5 estrellas THIS AUTHOR'S A CLASS ACT...CONSISTENT QUALITY STORY TELLING AT ITS BEST
Revisado en Reino Unido el 28 de enero de 2015
Compra verificada
Mia Sheridan always hits the mark. I was so pleased to see that she had a new release and couldn't wait to read it, having read and enjoyed everything else she's ever written. I wasn't disappointed. Every story she has written is unique, whilst also being heart warming and heart rending in equal measures. The grammar, dialogue and editing are faultless and every character, no matter how big or small a part they play, is intricately built for the reader so that they get to know them and live the story with them...with every emotion involved.
The quality of her writing is enough to bring me back for more. The time taken to get it just right shines through, and I for one appreciate this.
All good things to those who wait.
This author's a class act...consistent quality story telling at its best.
Leer más
A 4 personas les ha parecido esto útil
Informar de un abuso
Traducir reseña a Español

Lena Baker
4,0 de 5 estrellas Emotional Rollercoaster
Revisado en Reino Unido el 6 de febrero de 2018
Compra verificada
I love Mia Sheridan. I have read a few of her books now and I enjoy every single one. Kyland didn't disappoint. It was a crazy rollercoaster ride of emotion from start to finish.

Our two main characters Tenleigh and Kyland are from a poor neighbourhood and don't know where their next meal is coming from. We soon see that Kyland selfless when we discover he would provide food for a homeless person in need than feed himself. We see how hard the struggle is and the only thing that keeps both our hero and heroine going is their dream of winning the scholarship so they can get out of the place they live.

Then they meet each other and suddenly everything changes as their priorities shift. This is when the real rollercoaster begins as we feel their struggle to avoid falling in love but ending up deeper than ever.

I really enjoyed this story. Both Kyland and Tenleigh are very likeable characters and you soon lose yourself deep into their story and the whole time I was reading I was sat on the edge of my seat with my heart in my mouth.

The story is predictable but that doesn't stop you enjoying the story - you spend the whole time hoping your right.

A wonderful of second chance romance that steals your heart, stamps on it and puts it back together bit by fragile bit.
Leer más
Informar de un abuso
Traducir reseña a Español

“Because I loved you so desperately. I still do. Because I couldn’t leave you here.”

Mia Sheridan is one of my favourite authors, she is an auto-buy for me and I don’t even need to read a synopsis. I know that when I open a Mia Sheridan book it is going to be beautiful, it will be emotional, it will leave a mark on me and I will be thinking about it for a long time and Kyland is no exception.

This is a book about poverty, hope, friendship, sacrifice, courage, love and forgiveness. It is hard to believe that even in the world we currently live in that there are still people in this world that live in an extreme state of poverty, even in America with all its high rises and world leading companies there are still little rural villages that suffer immensely.

Kyland and Tenleigh live in one of these little villages, they live on a mountain in trailers, living hand to mouth, day to day. Some days they cannot eat, they may not have warmth or electricity but at the end of the day, they make the most of what they do have even though it is not much. One thing that I loved was the sense of community, they may not have much but what they did, they shared. Everyone was there for each other and it just goes to show that “rich” does not necessarily mean money, but you can be “rich” with your love and your actions.

“They were good people – good people who barely had a pot to piss in. And yet they were offering up anything they had to give.”

Both Tenleigh and Kyland are anxious to get out of their village and for people like them there is only one option and that is to win the annual educational scholarship that is given to the leading student. Both Kyland and Tenleigh have been aiming to win this scholarship, each for their own unique reason, but for both of them, it is all they have thought about and strived for their whole way through college.

I absolutely adored Kyland; he was perfect in every way, totally selfless, would do anything for anyone and tried to do the best by everyone, even if it meant him making some extremely difficult sacrifices. Kyland had admired Tenleigh from afar for a long time, but knowing that as soon as he won that scholarship he was getting out of town he didn’t want to fall in love, didn’t want a relationship where he would ultimately leave someone behind and the last thing he wanted to do was upset Tenleigh, so the odd meaningless random hook-up would have to do for now.

“He winked and my hormones went a little wonky.”

Tenleigh’s home life was difficult at best, her mother having mental health issues was basically a child and Tenleigh and her sister were basically her carers. They both worked hard to keep what little food they did have on the table, their trailer warm and to keep their mother in the medication that she desperately needed. Tenleigh was another beautiful character, inside and out. Totally selfless, trying to do her best and making the most out of the crap hand that she had been dealt. The scholarship was her meal ticket out of Appalachia and would also give her the means to get her family out of there too.

“All my life I was just a nothing, a nobody. My life was small and worthless. And it hurt so badly.”

Their paths cross many times, living on the same mountain, with very little else to do and no other places to go. A friendship develops with ease between these two and you know that for both of them their feelings run a lot deeper. Both have their inner turmoil, have their conscience and their own inner demons to battle but sometimes when you meet “the one,” fate has other ideas. The trouble is will either of them be strong enough to forego their desires, ultimately resulting in the destruction of their life goals or has fate dealt them an entirely different set of cards?

“A beautiful girl with a spirit so bright I wanted to squint when I looked at her was not going to derail me now.”

As with all Mia Sheridan reads, this one hits hard. Her imperfect characters are always perfect in their own way, her subjects may not be the generic run of the mill but that is what makes her books all the more enjoyable, you know that you are going to get something totally different. One thing you will always know though is that it will be beautiful, thought provoking, romantic and well written. While this may not be my favourite Mia Sheridan read her characters have still managed to embed themselves into my heart and my thoughts. Since finishing I find myself reflecting back and thinking about them, their hardships, their battles, and their day to day life that would destroy anyone, yet for these two they flourished. My only niggle with regards to this book was for me the ending felt a bit rushed and I would have liked to have seen more, maybe that is me being greedy but I just felt that their story was really just beginning.

Tenleigh and Kyland are such wonderful, beautiful characters.

Tenleigh is innocent, intelligent and absolutely determined to get out of the poor mining town she lives in, and provide her mother and sister with a better life.

Kyland is quietly focused and equally determined to leave the town and never look back, and make a new life for himself elsewhere.

Both are determined to win the scholarship. Both fiercely love the other enough to give it up and make sure the other gets it. Only one succeeds.

Mia Sheridan is a truly soulful writer – my heart quivered, my skin prickled and my stomach rolled, pretty much all the way through this novel. I smiled and chuckled at parts of this story, but I virtually sobbed my way through the last half of it.

Honestly, this story moved me so much! Not just the central characters and the storyline, but also the style of writing – all the descriptions of the landscape and the way the characters felt. I loved the exchange of notes and the lavender field scene, and the references to “Persuasion” pretty much broke me! One of my favourite book quotes of all time is featured in this story.