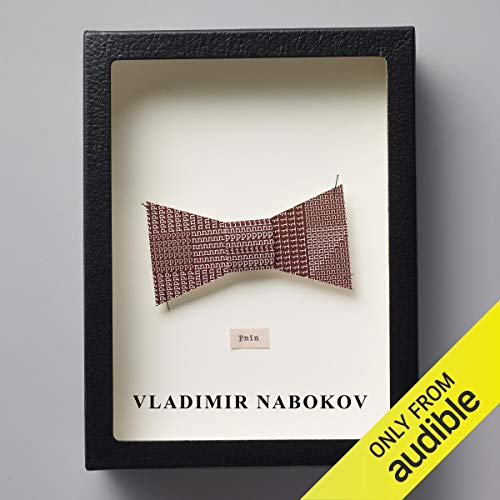 One of the best-loved of Nabokov's novels, Pnin features his funniest and most heart-rending character. Professor Timofey Pnin is a haplessly disoriented Russian emigre precariously employed on an American college campus in the 1950s. Pnin struggles to maintain his dignity through a series of comic and sad misunderstandings, all the while falling victim both to subtle academic conspiracies and to the manipulations of a deliberately unreliable narrator.

Initially an almost grotesquely comic figure, Pnin gradually grows in stature by contrast with those who laugh at him. Whether taking the wrong train to deliver a lecture in a language he has not mastered or throwing a faculty party during which he learns he is losing his job, the gently preposterous hero of this enchanting novel evokes the listener's deepest protective instinct.

Serialized in The New Yorker and published in book form in 1957, Pnin brought Nabokov both his first National Book Award nomination and hitherto unprecedented popularity.

Knghtreader
4,0 de 5 estrellas Erudite and Funny
Revisado en el Reino Unido 🇬🇧 el 9 de julio de 2020
Compra verificada
This book tells of the experience of a German immigrant to America and in particular his role in running a humanities department in a third rate university. Being a retired academic myself I can relate to the hilarious situations and characters that are described. It is a very funny book and like all comedy has within it an element of tragedy. The main character has difficulty with the language and the customs of his adopted country. He is solitary, absent minded and far more deeply involved in his chosen field of learning than his students or his colleagues. It is a light and absorbing read that I can recommend to anyone whether or not they are familiar with university life.
Leer más
A una persona le ha parecido esto útil
Informar de un abuso
Traducir reseña a Español

P. A. Oldfield
5,0 de 5 estrellas The art of character development and character assassination sharply crafted across the pages.
Revisado en el Reino Unido 🇬🇧 el 13 de mayo de 2020
Compra verificada
I absolutely loved this book. It demonstrates the fine art of character development (and character assassination) so wittily and sharply crafted across the pages) in a world – America – Pnin has never fully understood. The humour, at times, is relentless. Initially, Pnin comes across as a butt for everyone to laugh at. I found myself as a conspirator, laughing so much, but then felt, strangely, a tinge of shame when I learned about his back-story. Yet as I hovered over Pnin like a ghost across the pages, his eccentricities, his vacillation when faced with making minor decisions began to feel like he is a cherished friend – laughing at him, lovingly, much like the way the main narrator expresses his admiration of Pnin – his friend.

In some ways, Pnin is the original ‘Mr Bean.’ Despite his chronic ineptitude – a stranger in a foreign country, now his home – all comes good and no matter where Pnin ends up, serendipity will, I am sure, find a pathway for him and lead him to his much needed ‘pot of gold.’
Leer más
A 3 personas les ha parecido esto útil
Informar de un abuso
Traducir reseña a Español

Margareta Roberts
2,0 de 5 estrellas Some humour, but mostly boredom
Revisado en el Reino Unido 🇬🇧 el 9 de junio de 2020
Compra verificada
Decided to have another go at understanding the appeal of Nabokov, as I failed appreciating the masterpiece that is 'Lolita'. It may be a question of writing at the different time (however Moliere is still funny today), but very little of his writing is, as quoted by one reviewer, 'hilarious'. I can relate to the awkwardness and strangeness of an emigree trying to adapt to the Western world and Pnin being some kind of Homo Sovieticus with his bizarre habits, peculiar accent and outdated views, but in most parts he is just uninteresting, plain and tedious. For its 169 pages, it was too long and I struggled to get through. Not quite sure what the message or point of this story is/was, if any.
Leer más
A 2 personas les ha parecido esto útil
Informar de un abuso
Traducir reseña a Español

RYAN FIENNES
5,0 de 5 estrellas Everyman's Library Classics Edition
Revisado en el Reino Unido 🇬🇧 el 21 de diciembre de 2020
Compra verificada
My review is for the Everyman's Library Classics Edition.
These editions are by far the best quality editions of books I have found, for quite a reasonable price, I feel.
They are quality bound, with acid-free paper; they have good size print; ribbon page markers; and come with dust jackets.
If you see your favourite books, in these editions: I cannot recommend them more.
They represent great value for money.
Leer más
A una persona le ha parecido esto útil
Informar de un abuso
Traducir reseña a Español

I listened to the reading by Stefan Rudnicki for Brilliance Audio, which is on 5 CDs. It was my first encounter with Nabokov.

The book left me with mixed feelings. On the one hand, the language is startlingly original, packed with memorable images and phrases. The skyline of New York, for example, is compared to a bar chart; Pnin is said to have discarded a football by means of 'defenestration'. It is also very funny: Pnin's unusual English proves a consistent pleasure.

Yet there is something tricksy about it. Some parts of the story are told by an omniscient narrator; later, an unidentified first person narrator takes up the story. It is all rather confusing, and in the end I wasn't quite sure what happened to Pnin. Perhaps all would become clear on a second listen.

Despite this reservation, it is clearly a work of quality. I would recommend it to others new to Nabokov.
Leer más
A 2 personas les ha parecido esto útil
Informar de un abuso
Traducir reseña a Español
Ver todas las reseñas