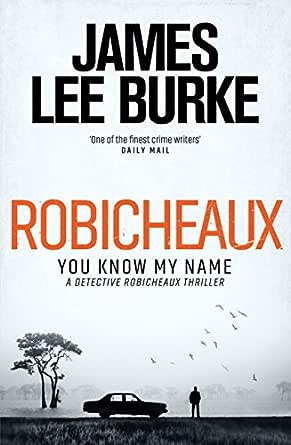 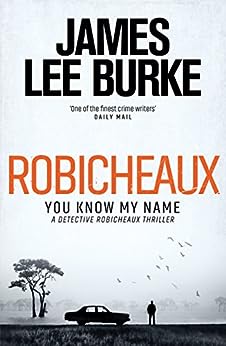 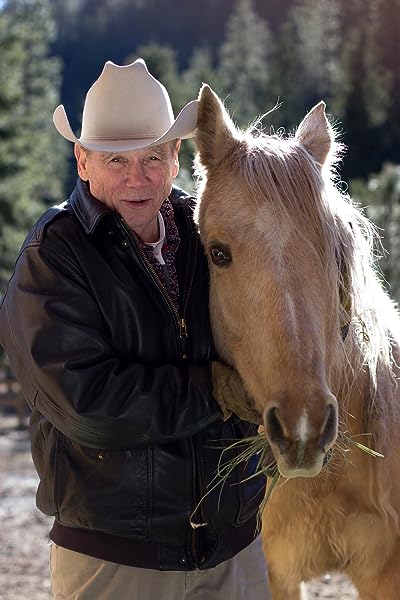 James Lee Burke is the heavyweight champ, a great American novelist whose work, taken individually or as a whole, is unsurpassed. (Michael Connelly)

Richly deserves to be described now as one of the finest crime writers America has ever produced. (Daily Mail)

One of the finest American writers. (Guardian)

The intimations of mortality that have hovered over this series for 30 years have never been sharper or sadder. (Kirkus)

James Lee Burke is the author of many previous novels, several featuring Detective Dave Robicheaux. He won the EDGAR AWARD in 1998 for CIMARRON ROSE, while BLACK CHERRY BLUES won the EDGAR in 1990 and SUNSET LIMITED was awarded the CWA GOLD DAGGER in 1998. He lives with his wife, Pearl, in Missoula, Montana and New Iberia, Louisiana.

CommonMan
5,0 de 5 estrellas James Lee as Poet.
Revisado en Reino Unido el 22 de enero de 2018
Compra verificada
This is James Lee Burke maintaining his normal very high standard. Despite the tendency of the author to use the same plot constructions and character relationships, this is again a book I could not put down; so another night's sleep missed. Robicheaux is definitely one of the best cop characters written, but as always, the authors portrayal of Louisiana as a Character, is what makes these stories so distinctive. Burke's great gift is that not only is he great story weaver and narrator but he also writes compelling descriptive prose worthy of poetry.

If you are new to James Lee Burke and the Robicheaux stories; then let me tell you these are amongst the best of American crime novels. Start any where in the series, it is not essential to read them in order.
Leer más
A 19 personas les ha parecido esto útil
Informar de un abuso
Traducir reseña a Español

Osprey
5,0 de 5 estrellas A Modern Dickens.
Revisado en Reino Unido el 4 de marzo de 2018
Compra verificada
My first encounter with this unusual detective, a man with a clear moral purpose in life, fighting alcoholism and the criminal detritus of southern Louisiana, who operates inside the sweaty swampy background of his hugely colourful environment. While most crime writers bore to tears with their detailed and unnecessary repetition of location, this author brings poetic life to the smallest flower, the rustle of leaves in a torpid backyard, the anger of the ever threatening thunderstorms. Most, not all, of his characters are not binary black and white, good men versus bad men, but as in real life, people suffused with doubt and insecurity. Nightingale, the focus of this fine book, is the face in the crowd who takes the political route to populism, a budding Mussolini but not (yet) a man without conscience. Lee Burke's characters are real people, not part of the rent-a-cast of the typical crime novel , most are scarred by hard living in one of the tougher states of the union. How a man with such a prodigious output can maintain such a high standard remains a mystery. Long, much longer, may it last.
Leer más
A 14 personas les ha parecido esto útil
Informar de un abuso
Traducir reseña a Español

R T Twinem
3,0 de 5 estrellas The writing of James Lee Burke is delightful to read
Revisado en Reino Unido el 3 de junio de 2018
Compra verificada
The action takes place in the Louisiana delta region of the United States. Dave Robicheaux is still haunted by the death of his wife Molly in an automobile accident and has always suspected that JT Bartez was to blame. One morning he awakens up in a police station to be told that he is the chief suspect in the murder of Bartez and given that Robicheaus has marks and bruises on his hands can only lead to one conclusion....So as our knowledgeable detective sets out to reclaim his good name a serial killer with the gentle name of Smiley is at work in the delta region killing whose who deserve to have their life terminated.

James Lee Burke writes lyrically about a time and place he obviously knows very well. It is not so much the story that attracts me to his writing but his wonderful descriptions full of warmth and humour..."Those truths have less to do with the dead than the awareness that we are no different from them, that they are still with us and we are still with them, and there is no afterlife but only one life"......"I admired him and perhaps sometimes even envied his combination of composure and ardor, as well as his ability to float above the pettiness that characterizes the greater part of our lives"....."With each day that passed, I felt as though the world I had known was being airbrushed out of a painting"....."She was one of those women who seemed to choose solitude and plainness over beauty, and anger over happiness"...."people are what they do, not what they think, not what they say"....."He's one step away from the worm food and knows it"...."Louisiana is not a state; it's an outdoor mental asylum in which millions of people stay bombed most of their lives"...."Solitude and peace with oneself are probably the only preparation one has for death"....."If you have attended the dying, you know what their last moments are like. They anticipate the separation of themselves from the world of the living before you do, and they accept it with dignity and without complaint"...
Leer más
A 7 personas les ha parecido esto útil
Informar de un abuso
Traducir reseña a Español

Mr. G. Frare
3,0 de 5 estrellas I hope which all my heart this is not his last Streak book.
Revisado en Reino Unido el 18 de agosto de 2018
Compra verificada
The title, really, where did it come from? I always really loved Burke's flair for the dramatic titles of his old books, but this one seems like an afterthought, or a choice made by someone who should not have made it.
The book, then, a little below par, comparing the huge body of work Burke is leaving behind. His recurrent themes of class, the overpowering and pervasives environments that thrill his readers during his doubts and certainties, his majestically observed alcoholic observations that are so close to the skin that they seem straight from someone who must have very skin_deep relations with the addictions to come up with them (maybe?) I. have followed Burke from ..to. and at times I wish I could write down his sentences and stuff them in my pocket to use them to impress someone later. I am that king of a fan. This book, though, I found underwhelming. It is almost painful for me to say.
Leer más
A una persona le ha parecido esto útil
Informar de un abuso
Traducir reseña a Español
Ver todas las reseñas
Volver arriba
Conócenos
Gana dinero con nosotros
Métodos de pago Amazon
¿Necesitas ayuda?
© 1996-2021, Amazon.com, Inc. o afiliados. Todos los derechos reservados.